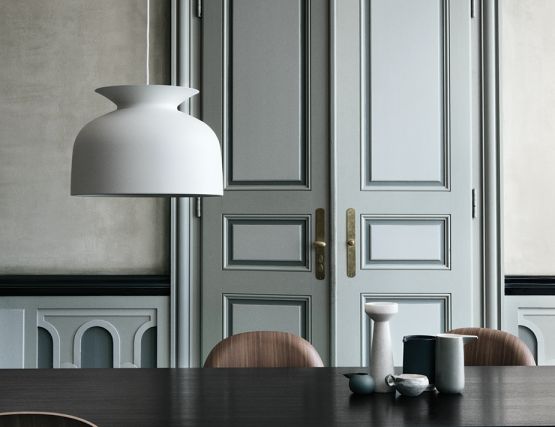 The Ronde Pendant Large by Gubi is a unique pendant lamp with an opening at the top and an overhanging collar that is suggestive of a beautiful jar such as a vase or an amphora. The light is directed downwards, but also spreads out of the spout-like opening and casts a smooth light gradient over the wire and ceiling. The hand-turned aluminum lamp shade with an ultra-matt lacquer almost appears as if made of ceramic.

The Gubi Ronde Pendant is Oliver Schick's first product for Gubi. The bell-shaped piece has reference to the traditional pendant lamp and the heyday of 1970s lightning design; however, in a modern interpretation.

The Gubi Ronde Pendant was designed by Oliver Schick: "The bell-shaped piece has reference to the traditional pendant lamp and the heyday of 1970s lighting design; however, in a modern interpretation."

Gubi is rooted in Scandinavia but with a distinctive global outlook - and sense of aesthetics. The result is an eclectic, intercontinental collection that blurs the lines between the past and the future. An extensive assortment of extremely aesthetic, thought-provoking designs characterised by simple, arresting shapes, original materials and innovative techniques which defy time and space. Imbued with a beauty that resonates with design aficionados, architects and designers all around the world.

Ronde is in several languages the word for round, circular or rotating but it is also the flat blank used for metal spinning technique, which is rotating around a mould core and shaped to a 3-dimensional body.

Canopy included. The textile cord is black, except for matte white variation, which matches the shade. 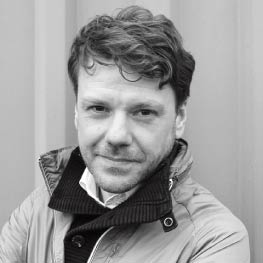 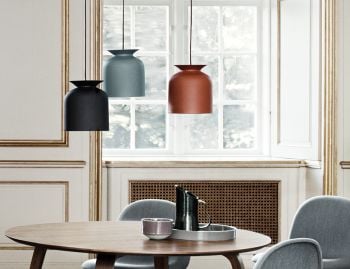 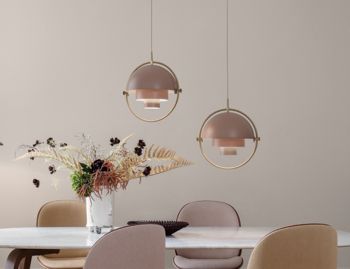